Why Use a Conjunction Checker? 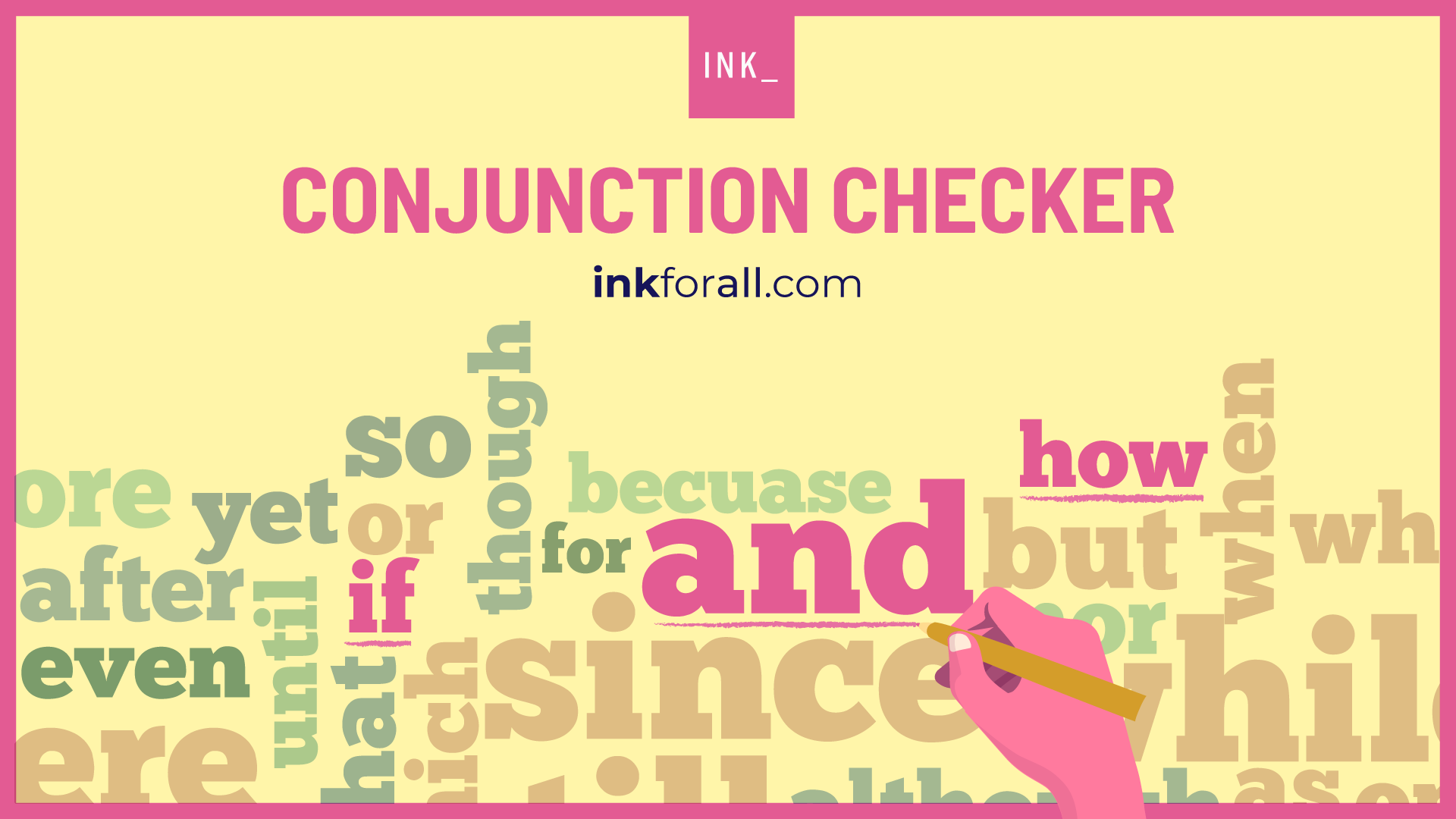 Conjunctions are essential in English, and we use them every day. INK Conjunction Checker tool can help identify these words in sentences.

Imagine that the words in the English language are in two cate gories. The first category of words can exist alone. They don't need to connect with other words to have a meaningful life.

On the other hand, words in the second category are only happy when mixed with different words. Their purpose is to bring two parts of a sentence together.

That's why they're called joiner words or conjunctions.

In this post, you'll learn what conjunctions are in the English language and the types. We'll also consider some common examples. In the end, you'll find out how the INK conjunction checker can help identify these words.

What is a Conjunction?

A conjunction is a part of speech that's used to connect other words, phrases, clauses, or sentences. There are three kinds of conjunctions in the English language that serves each distinct purpose. These are coordinating, subordinating, and correlative conjunctions. We can use these joiner words as a single word or in pairs. For example and, but, and or are single words, while either/or, neither/nor, are conjunction pairs.

Conjunctions provide a smooth link between ideas. So, instead of creating short, choppy sentences, we can create longer sentences that don't sound awkward.

What are the Types of Conjunctions and Examples?

Coordinating conjunctions join two or more sentences, main clauses, words, or other parts of speech. We can also define coordinators as single words that connect similar words, phrases, or elements.

One way to remember this type of conjunction is through the acronym FANBOYS: For, And, Nor, But, Or, Yet, So.

In the first sentences above, the conjunction "for" points at a reason or purpose. Meanwhile, "and" connects or combines two or more separate things. The word "nor" in the last sentence indicates a negative ideal to another pre-existing negative idea.

In the sentence above, "but" and "yet" helps combine two or more contrasting ideas. While "or" presents an alternative to an existing idea. "So" indicates the effect or result of an occurrence.

As a general rule, coordinating conjunctions never come at the beginning of a sentence.

An independent clause can stand alone. In other words, it doesn't need additional information to exist as a sentence.

A dependent clause, on the other hand, adds more information to the main clause. Since these clauses cannot stand by themselves, their meaning depends entirely on the independent clause.

The phrase above is a dependent clause and doesn't provide any useful information. However, we can use a subordinating conjunction to combine the two examples for a detailed picture of the event.

Other examples of subordinating conjunctions include after, although, as if, if, if only, unless, till, until, than, that, so that, among others.

Correlative conjunctions work in pairs to join phrases or words that carry equal importance within a sentence.

A typical adverb modifies other verbs, adjectives, and other adverbs. Conjunctive adverbs, on the other hand, modify two independent clauses and join them into a sentence.

Unlike the subordinating conjunction, a conjunctive adverb brings two complete thoughts together to form a sentence. In other words, each clause can exist on its own as a separate sentence.

As such, conjunctive adverbs just serve as a smooth transition from one thought to the next. Some examples include in addition, furthermore, also, likewise, however, instead, for example, namely, among others.

Before exploring how you can benefit from using a conjunction checker, let's consider one more subheading.

How to Use Conjunctions in Sentences 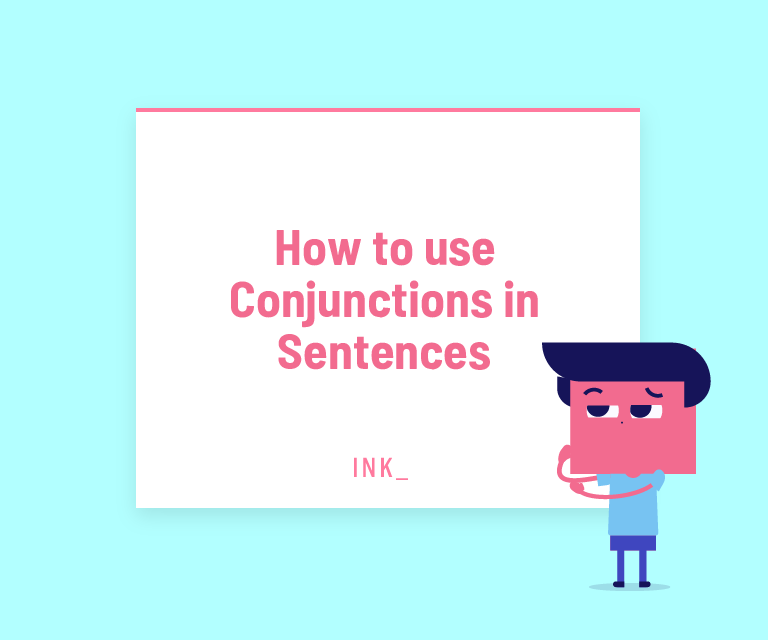 All Parts of the Sentence Must Agree

We use conjunctions to connect two separate thoughts, actions, or ideas. So, all parts of the sentence must agree.

Although the conjunction joined both independent clauses, it doesn't agree with the sentence. The correct sentence should be:

If a coordinating conjunction is joining two independent clauses together, it needs to have a comma.

Starting a Sentence with a Coordinating Conjunction

You may have heard that it's incorrect to begin a sentence with a coordinating conjunction. While this is a generally accepted guideline, it's not a hard and fast rule of grammar.

Yes, you should limit the use of coordinating conjunctions at the beginning of sentences. However, it's not incorrect to start your sentences with these joiner words, especially when breaking long sentences into understandable chunks.

There's no rule about how often writers should use subordinating conjunctions. But, using these words too much in a text could make you sound repetitive and inexperienced.

Experienced writers understand that subordinating conjunctions are a grammatical device. As with any other tool, you should only use them when necessary.

That's where a conjunction checker comes in. 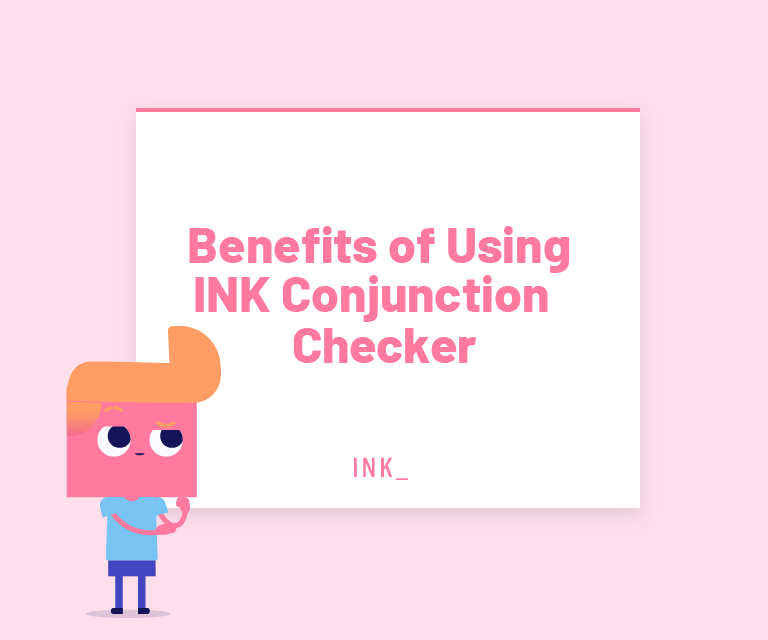 INK Conjunction Checker helps identify all the conjunctions in your writing.

You may want to identify the joiner words in your sentences for reasons that vary from reducing its use to checking for agreement. Whatever your reason may be, the INK Conjunction checker will let you know the number of conjunctions in your text.

It's easy to use. Paste your writing in the text editor box, and click the "Check" icon.

Read More: What Is A Comma Splice And How Can You Fix It?