What is a Determiner Checker? 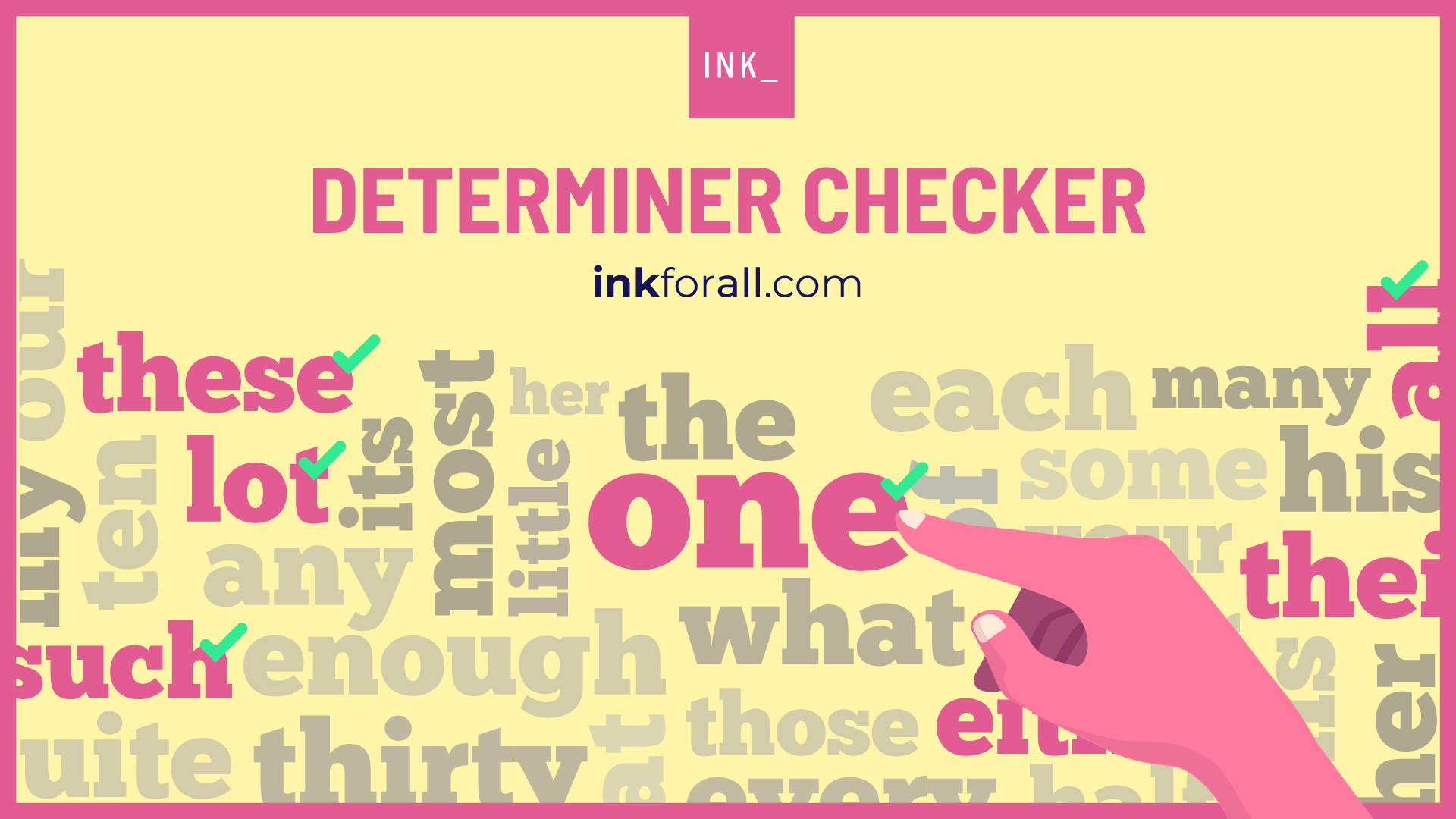 Identifying a determiner can be challenging, even for native English speakers. But, a determiner checker can help with this task.

We use these words in our daily lives, whether it's during conversations or in texts. Determiners are essential for clarifying nouns and creating proper sentence structure.

Later in this post, we'll consider the types of determiners and explore their uses. You'll also find out how a determiner checker can help identify these words. First, let's go over the definition.

A determiner is a word that modifies a noun. It always comes before a noun, and before any adjective used to describe the noun. Unlike adjectives, determiners are a relatively limited set of well-established words that mark a noun. They provide context and specificity to nouns.

In the sentence, the word "that" is the determiner as it specifies the exact box that the speaker wants us to notice.

We can use determiners in various ways, depending on the context. Although these words should come before a singular noun, it's optional when it comes to introducing plural nouns.

Note that the first example — with a plural noun — doesn't have a determiner. However, the second example shows that you can add a determiner to refer to a specific noun.

What are the Types of Determiners and Examples?

Various parts of speech can function as determiners. However, the most popular ones are articles, demonstratives, quantifiers, and possessives.

Articles are one of the most common determiners, and there are three of them — a, an, and the.

As you may have guessed, articles specify the noun that a speaker or writer wants you to notice. Indefinite articles such as a and an are used to refer to a generic version of a noun.

The examples above refer to cheetahs and ostriches in general. In other words, any ostrich should make a dangerous pet. Also, any cheetah should outrun any ostrich.

In English, the indefinite article is used when the meaning is general. Definite articles such as the, on the other hand, refer to a specific noun.

In this sentence, the speaker is referring to a specific ostrich rather than a general category.

In the English language, demonstrative pronouns can also serve as determiners, and there are four of them. These are this, that, these, and those.

Speakers or writers use demonstrative determiners to point out the object or person of interest in a situation. As a result, these determiners are more specific than definite articles.

Note that the words "this" and "these" refer to items that are nearby while "that" and "those" apply to faraway items.

We can use possessive determiners such as my, yo urs, ours, theirs, hers, and his, to show ownership.

The words in this category refer to a noun that belongs to someone or something. It provides the context in a sentence by informing the reader that an item belongs to the subject.

Again, note that the determiner comes before the noun and any modifying adjective.

As the name implies, quantifiers indicate the quantity of a noun. These words show how much or how little of the noun the writer or speaker is discussing. As such, they include words such as few, all, many, among others.

Note that "all" can combine with other determiners to identify the specific item a speaker or writer wants you to notice.

In such a case, the quantifier comes before the article or demonstrative.

In this instance, cardinals refer to numbers such as one, two, three, four, etc. They are adjectives that indicate quantity in a sentence. Ordinals, on the other hand, refer to ranking or order of things.

Before we consider how a determiner checker can help identify these words in a sentence, let's discuss how to use them.

How to Use Determiners in English Grammar Correctly 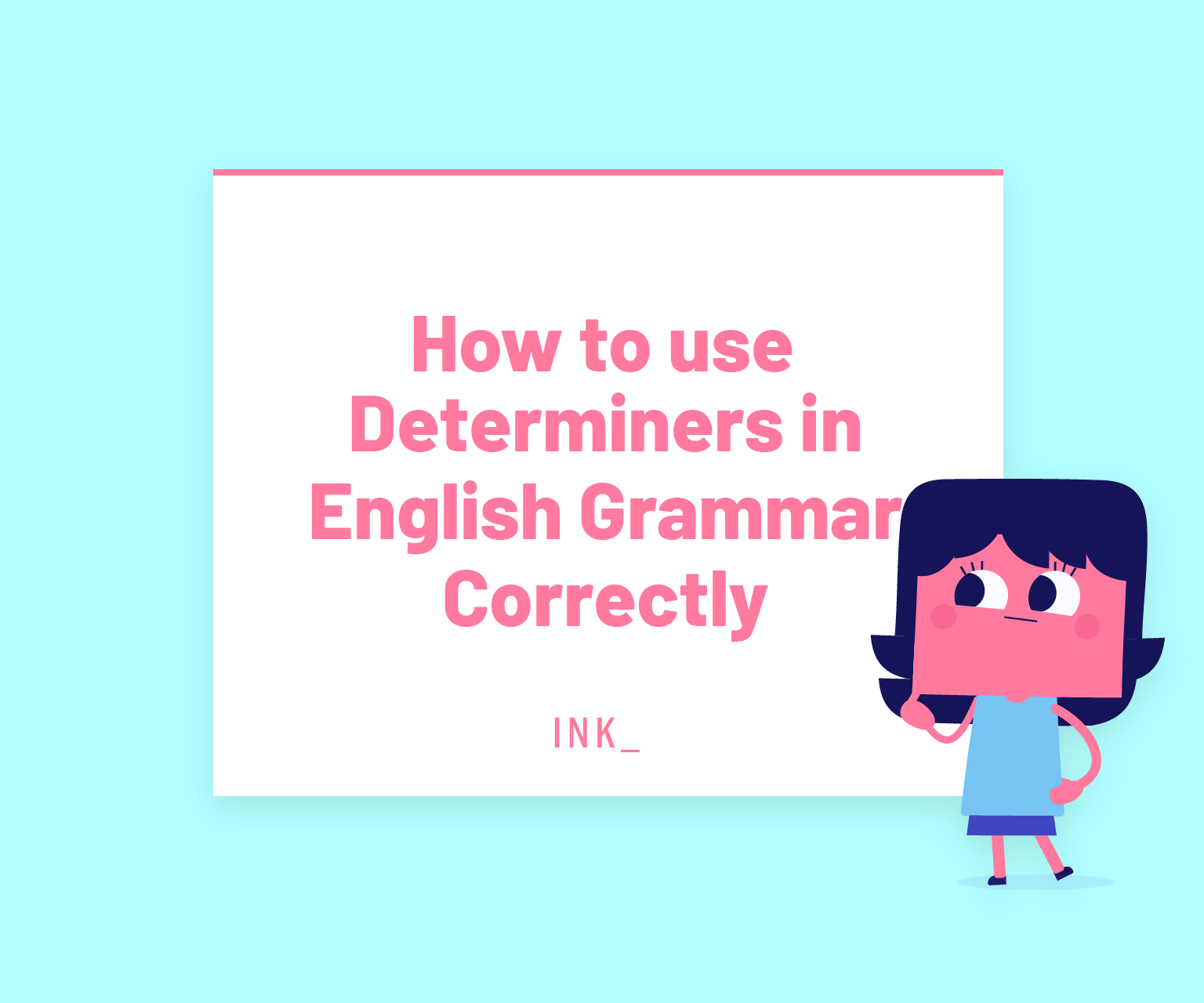 Knowing which determiner to use in a sentence is second nature for native English speakers. But it's not always easy for individuals that are learning English as a second language.

A quick recap of these rules should help.

If you refer to a specific singular pronoun, consider using definite articles, demonstratives, possessives, or quantifiers. These determiners are also useful when referring to a particular plural noun. 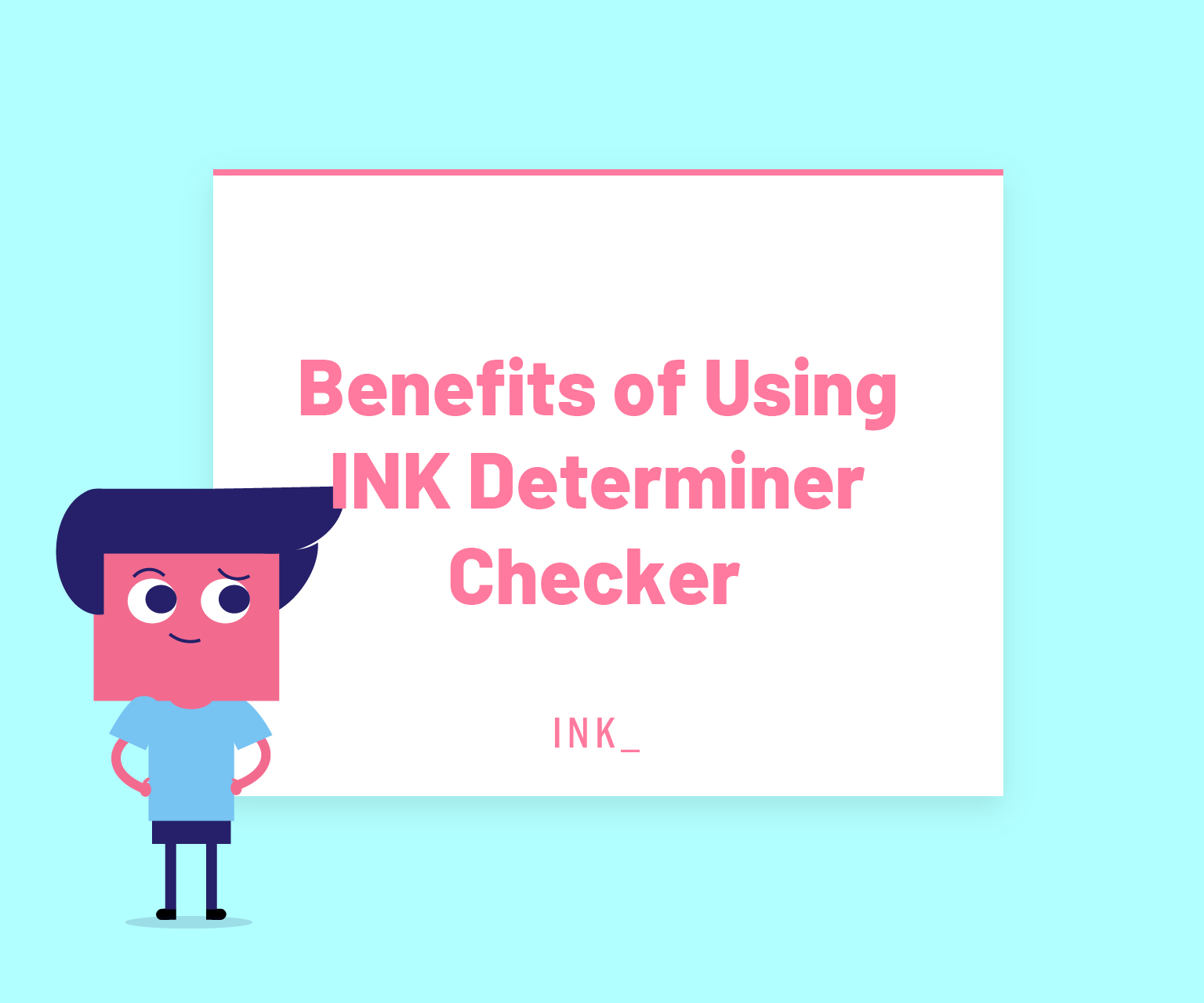 As said earlier, it can be challenging for non-native English speakers to identify determiners in a sentence. That's where the INK Determiner Checker comes in.

The determiner use checker automates the process of finding the determiners in your sentence. It can also suggest the right word to use in specific sentences.

Read More: When To Use Its Vs. It's: How To Avoid Looking Bad