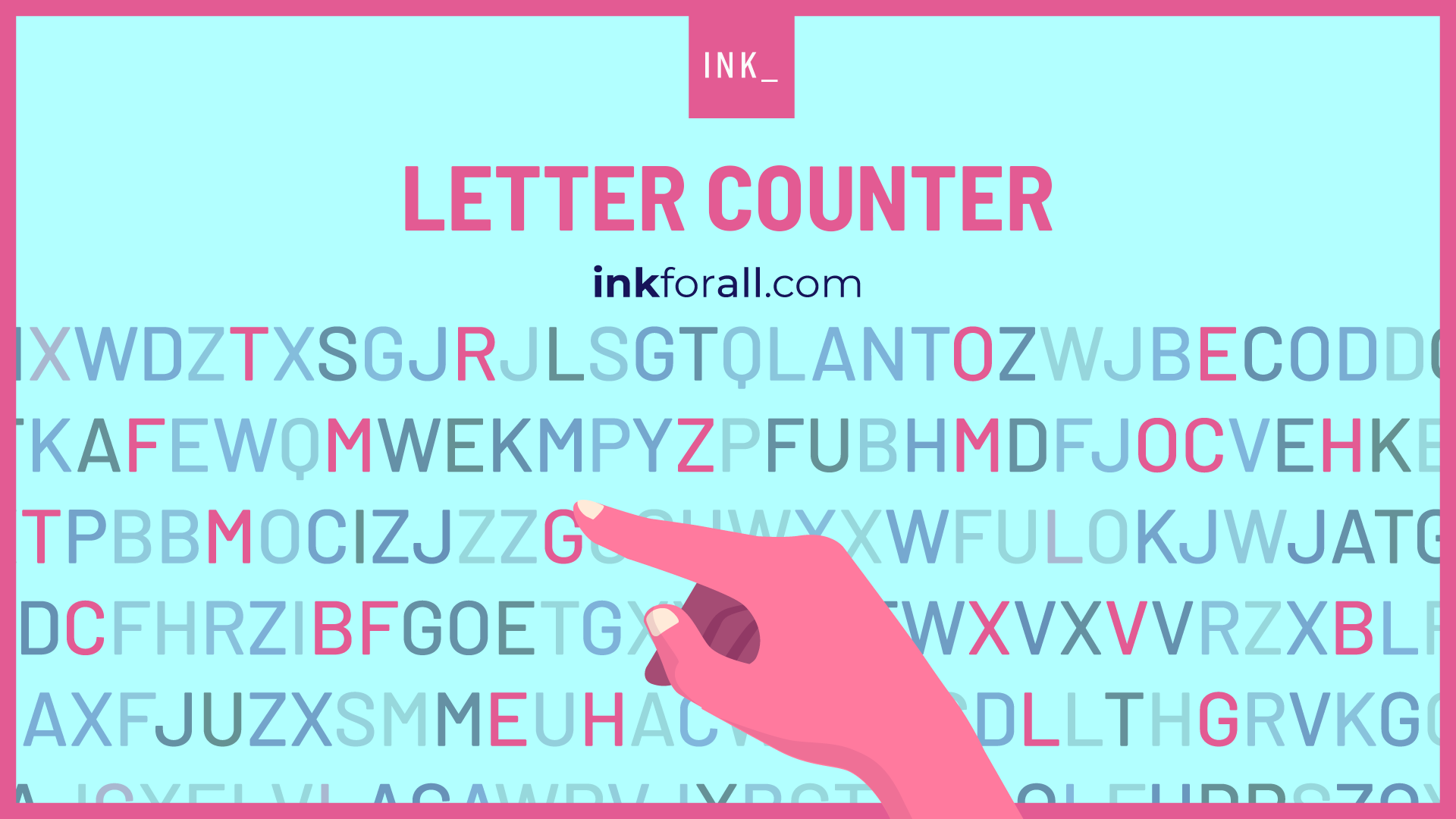 A letter count checker is useful to every content developer, whether you write articles for websites or posts for social media platforms.

We all have struggled with letter count in our writing at some point. It's that elusive length requirement that we always managed to fall short of when writing school essays.

The rules remain the same in digital marketing, where content that is either too short or too long can hinder your ranking on Google. On the other hand, content with just the right number of letters performs better.

That's where a letter counter comes in. It ensures your post has the right number of letters for specific platforms.

What is Letter Count?

As you can imagine, this tool has several applications where the volume of letters matter. These include posting on Facebook, Twitter, Yelp, or Snapchat. It could also come in handy for bloggers writing metadata for websites.

Before Facebook can be an effective tool for business, it's essential to pay attention to the letter count. From writing a status on the wall to sending an inbox message, communication methods on this platform have varying character limits.

For instance, the letter count limit for the email type and regular message of Facebook is 20,000 characters. Likewise, the Facebook post character limit is 63,206, and your page description shouldn't exceed 155 characters.

You can choose to go beyond these letter limits. However, your text will probably get cut off depending on the screen size of your audience's devices.

For years, Twitter had a 140-character limit. But that changed in 2017 when the platform increased the limit to 280 characters.

The maximum length for a Twitter profile and handle is 20 characters and 15 characters, respectively. Also, you can type as much as 10,000 words in direct messages.

With that said, handles at the beginning of a reply don't count towards the character limit. Besides, DM deep links and images don't count either.

Yes, you can write a longer Instagram caption than you're currently doing, but there's a limit. The photo-sharing app also places a limit on the number of hashtags per post.

The Instagram letter limit for captions is 2,200 characters, and you can use up to 30 hashtags. Note that the app truncates the text after 125 letters.

Like the other social platforms, LinkedIn isn't immune to letter limits. The publishing character limit for articles on the platform may seem unlimited. However, LinkedIn should cut you off as soon as you hit 120,000 characters.

Here's a breakdown of the character limit on the professional networking platform.

Note that LinkedIn sends an error message when you've exceeded the character limit when publishing articles.

YouTube is a video platform, but it also has text fields such as titles, descriptions, and tags.

Expectedly, these text fields have a character limit. For example, you can only type 70 characters in your video title, while the description can go as much as 5,000 characters.

Other character limits on YouTube include the 60 characters of playlist titles and the 30 characters per tag. 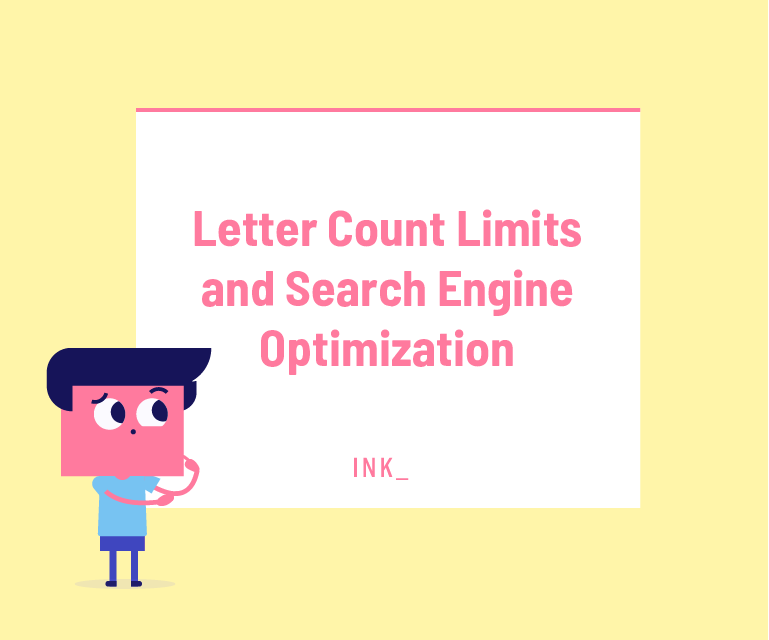 It's all about ensuring that your article satisfies search intent and provides in-depth information on the topic. That way, it can generate relevant links. As a result, a blog post can vary from 700 to 2,000 words.

You can write your meta description to any length. However, Google usually truncates the snippet to roughly 155 to 160 letters. As such, it's always to keep your descriptions between 50 and 160 characters.

Google currently displays titles at 600 pixels, and characters can vary in width. As such, there's no exact character limit for titles. But, research from Moz suggests keeping it below 60-character limit.

Your alt text summarizes the purpose of the image for people with visual impairment. The perfect text alternatives are supposed to be clear but brief. So, it's no more than 100 characters. 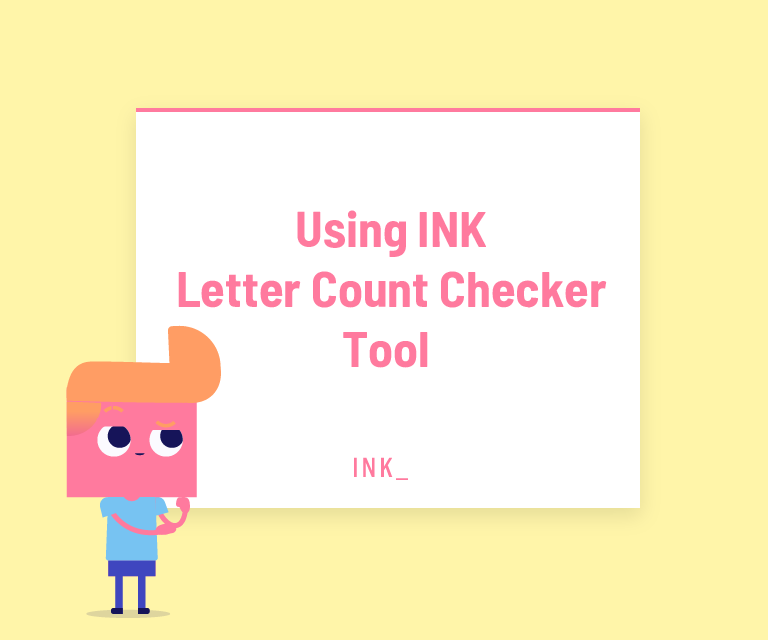 As you may have guessed, the INK Letter Count Checker can help check the number of letters in your writing.

Along with its ease of use, this online program delivers results almost instantly. So, you won't have to wait to know if your text is within the character limit of a specific platform.

Also, INK Letter Count Checker is free. That means you can check the number of letters in your text as many times as you need.

Read More: Affect Vs. Effect: The Easiest Way To Get It Right, Every Time