How many sentences is this text? Find out in seconds using our free online Sentence Counter.

What is a Sentence Counter? 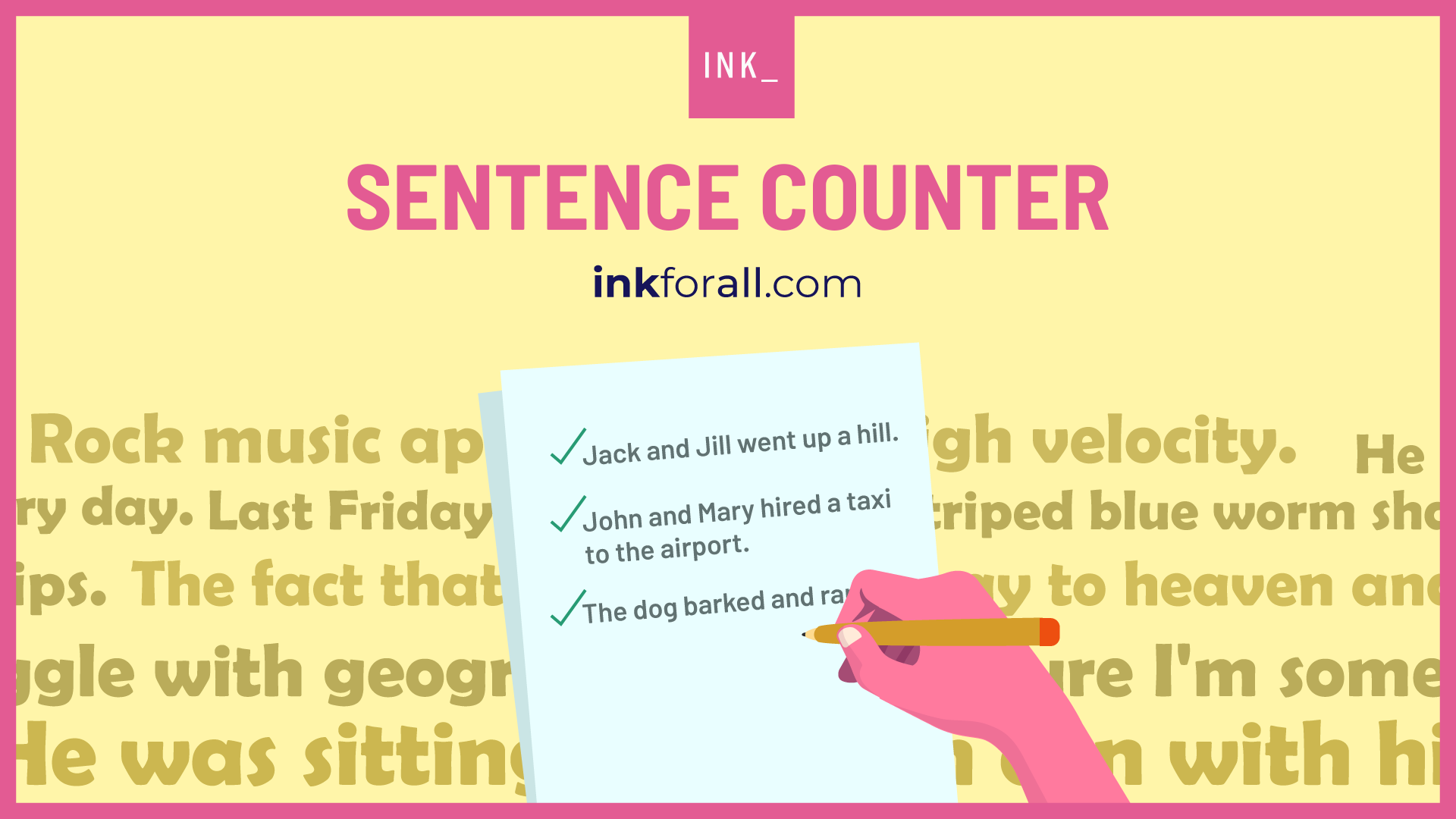 INK Sentence Counter Checker can help identify the number of sentencesin your writing.

Sentencesare the basic building block of communication. In your grammar class, you were told that a sentenceshould express a complete thought.

While this is true, the meaning of the phrase "complete thought" may be vague. For instance, some notices seem to be complete, but we don't generally consider them as sentences.

On the other hand, some sentencesconsist of more than one thought. So, how exactly do you define what a sentenceis?

This post will not only answer these question, but also explore the types of sentencesand how to identify them. Finally, you'll find out how to use the INK Sentence Counter Checker tool.

What is a Sentence?

A sentenceis the largest independent unit of grammar. While it begins with a capital letter, a sentence could end with a question mark, exclamation mark, or a period.

The word sentencecame from the Latin word Sentientem, present participle of Sentire. It means to be of opinion, feel, or perceive.

We can define a sentence as a word or group of words that expresses a thought or idea through a statement, question, or exclamation.

A sentenceusually consists of at least a subject and a verb. Although the subject of the sentence may be hidden, the verb must be visible and present in the sentence.

Types of Sentence Structures and Examples

Structurally, there are four types of sentences. These include the simple, compound, complex, compound-complex sentence.

A simple sentence has one independent clauseand variable.

A compound sentence has more than one independent clause. Also, these clauses are usually joined by some specific punctuation, conjunction, or both.

Like the compound sentence, a complex sentence also has more than one clause. However, one of the clausesmust be independent, while the other/others should be dependent.

Note that some specific connectors are necessary for clauses of a complex sentence.

Functional Types of Sentences and Examples

Functionally, there are four types of sentences. These are declarative, imperative, interrogative, and exclamatory sentences.

A declarative sentence is an assertive sentencethat expresses an opinion, makes a statement, or describes a thing. This type of sentenceusually ends with a period.

In English, we use imperative sentences to make a request or to give orders and directions. This type of sentence usually ends with a period — or under specific circumstances, exclamation.

An interrogative sentence asks a question. Expectedly, sentences in this category end with a question mark.

We use exclamatory sentences to convey an overflow of emotion, whether it's happiness, wonder, anger, or sorrow. As a result, this type of sentence ends with an exclamation mark.

How to Identify a Sentence in the English Language 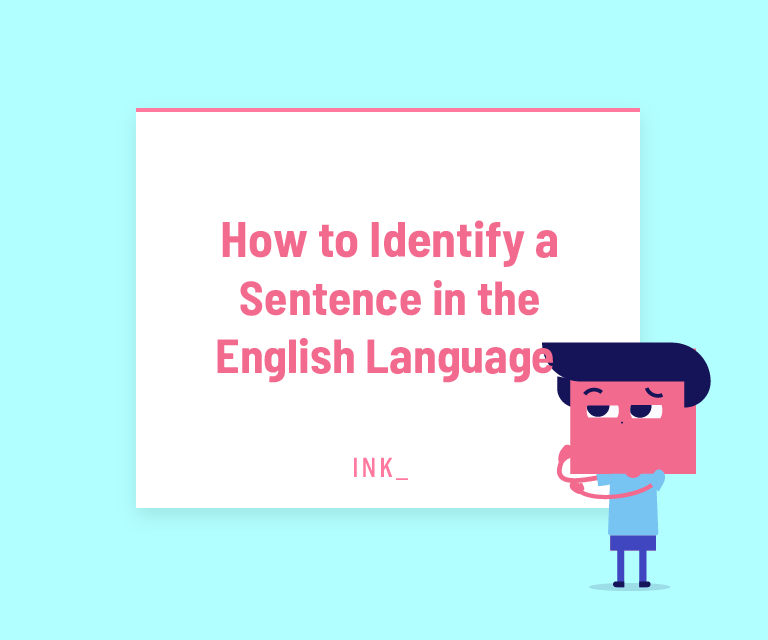 Break Down Sentence Structure into Elements

At this point, you know that a sentencebegins with a capital letter, ends with punctuation, and contains at least one independent clause.

In the sentenceabove, the cat is the subject, while the word sleep is the predicate. Also, note that the sentenceexpresses a complete thought.

You can identify a sentence by exploring its function. So, ask yourself what a specific sentence is trying to achieve. Is it explaining something, asking something, giving a command, or exclaiming something?

The first example is a declarative sentence. It explains what cats do. The second sentence, on the other hand, is imperative— conveying an order. Again, note that both sentences express a complete thought.

Aside from determining the sentence's purpose, you should also assess the construction. With that, you'll know if the sentence is simple, compound, complex, or compound-complex.

For this part, you'll want to identify the number and types of clausesin a sentence.

Check for the independent clauses such as "cats sleep," as well as dependent ones such as "when it rains outside." So when you see a sentence that combines these clauses, you can quickly identify it based on the structure.

Now, try Identifying the sentence above based on its structure and function. 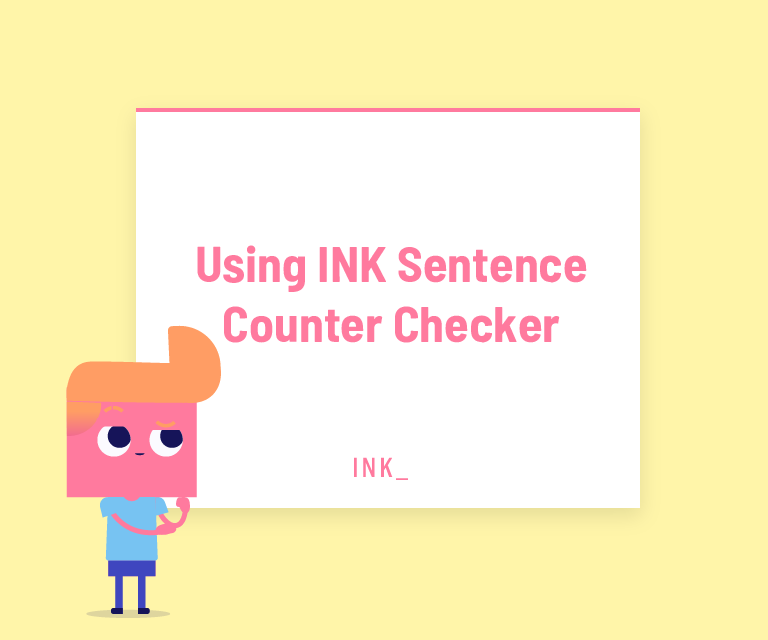 Knowing how to identify a sentence on your own is essential. But, you could also automate the process using the INK Sentence Counter Checker.

Paste your writing into the text box and click the "Analyze" icon to know the number of sentences in your document.

Read More: Is There A Comma Before And? An Easy Guide To Using And In A Sentence