If verbs were a movie, they'd be an action flick! Easily find the forms of verbs and verb tenses in your writing with our free Verb Checker.

What is a Verb Checker? 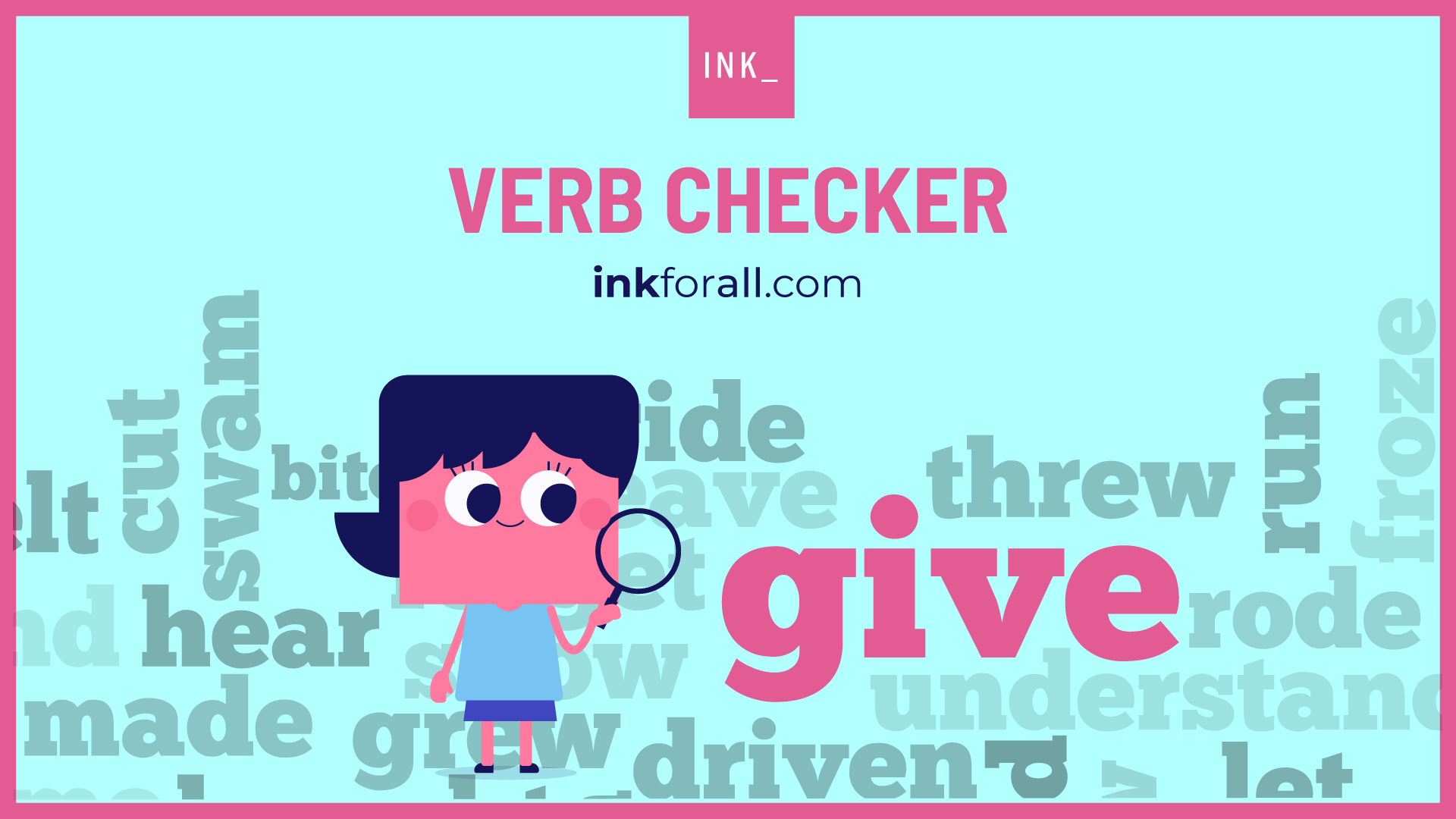 As the name implies, a verb checker is an online grammar tool that helps identify and correct common verb mistakes. Along with assisting writers in creating a better essay or article, a good verb tense checker is also easy to use. Simply type or paste your text, and let the grammar correction tool handle the rest. In the end, you would have saved a lot of time and energy. More importantly, you would have avoided the most common verb mistakes.

The English language comes with tons of grammar rules. Whether it's a subject-verb agreement or misplaced modifiers, you have to follow various guidelines when writing just about anything.

Luckily, one of the best ways to identify correct grammar is to review examples of bad grammar. But, before we delve into the most common verb mistakes, let's begin with some simple introductions.

Verbs are words that in syntax conveys an action, an occurrence, or a state of being. Simply put, they are words that describe what a subject is doing. We can inflect verbs to encode tense, aspect, mood, and voice. A verb can agree with a person, gender, or number for some of its arguments. When combined with nouns, verbs can tell a story of what took place, what is taking place, and what will take place.

One of the first rules of grammar you probably learned is "verbs are action words." That means, they indicate the part of the sentence which explains the action that's taking place.

In the sentence: "He eatscheeseburger on Sundays," the action part is "eats," and that makes it the verb.

However, not all verbs are identifiable as actions. Instead, they could describe a state of being, emotion, possession, sense, or opinions. Examples of such non-action verbs include love, agree, feel, am, have, etc.

Eight Types of Verbs and Examples 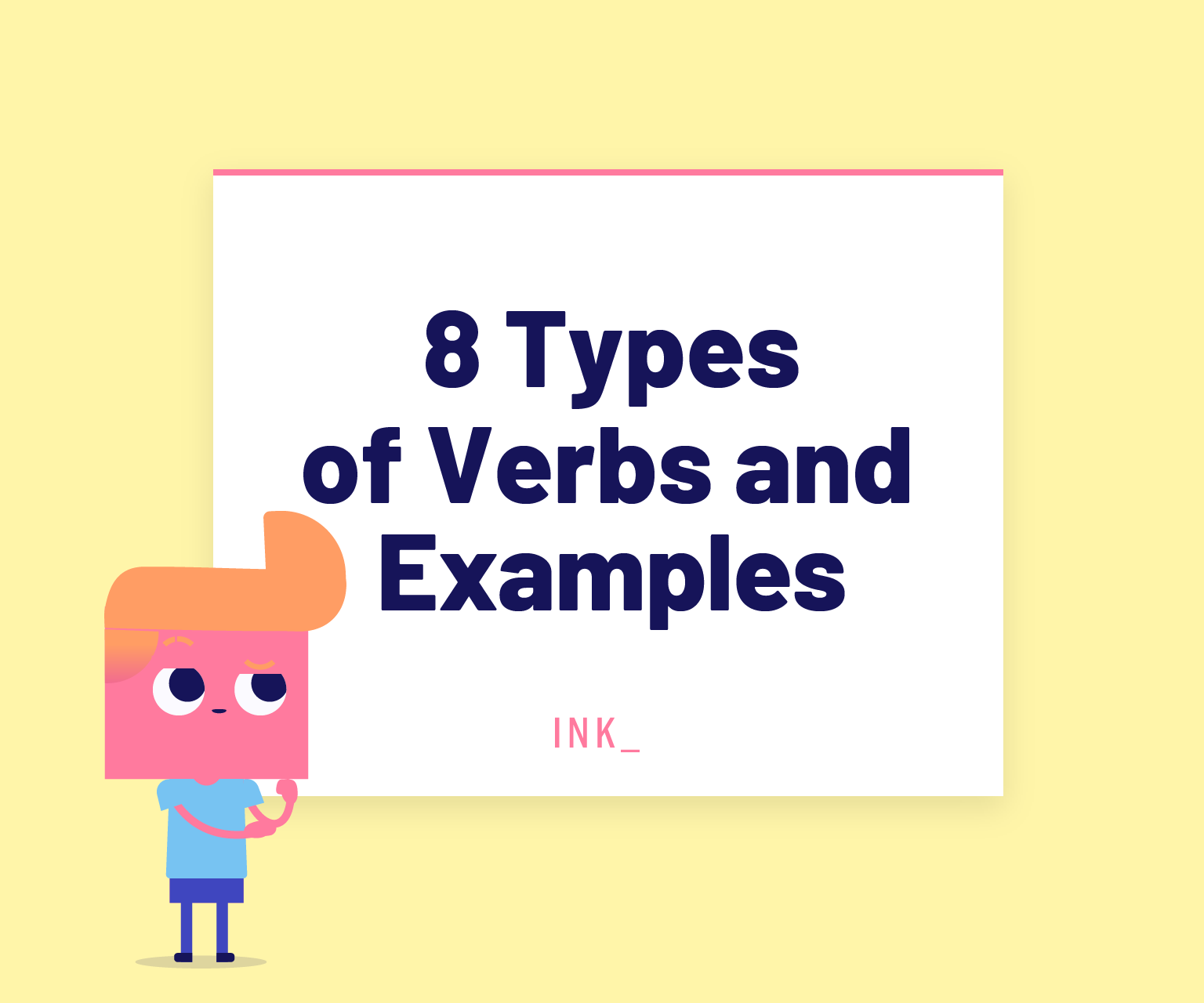 As you may have guessed, action verbs express specific actions. So, we use them to either show action or discuss someone that's doing something.

With that said, the action doesn't have to be physical. Examples of action verbs include run, dance, slide, jump, think, do, go, stand, etc.

Stative verbs express a state, from thoughts, emotions, relationships, senses, measurement, and state of being.

Unlike action verbs, this form of verbsdescribes things that are not actions. In the sentence: "Tony disagreeswith Steve's analysis," disagree is a stative verb since it describes Tony's state of being — disagreement.

Transitive verbs almost always express doable activities that have a direct effect on something or someone else. In other words, there's a direct object which could also be a nounor pronoun.

In sentences with transitive verbs, someone or something is receiving the action of the verb. Examples of such verbs include maintain, believe, tolerate, respect, love, etc.

The transitive verb here is "ate." Since Tony is acting, he's the subject. Meanwhile, the cheeseburger is the direct object.

The intransitive verb is "traveled," while the word "we" is the subject. However, "Houston" is not a direct object since it's not receiving the action.

Note that some verbs can be both transitive and intransitive. These include change, stop, start, leave, live, etc.

Here, the auxiliary verb "has" expresses the tense.

We could also combine auxiliary verbs with words like "not" and "never" to create negative statements.

A modal verb is a type of auxiliary verb. It assists the main verb to express possibility, potentiality, permission, ability, expectations, and obligation.

Examples of modal verbs include are, could, must, may, should, ought to, will, would, might, etc.

As you may have guessed, a phrasal verb has more than one word. Instead, it combines the main verbwith another word — either a preposition or a part icle — to take on different meanings.

Examples of phrasal verbs include bring up, look forward to, point out, makeup, break-in, run out, go all out, etc.

In English, verbscan also be regular or irregular, depending on how they form their past and past participle.

Regular verbs take on a consistent spelling pattern of adding "-ed" to their past simple and past participle verbs.

Irregular verbs, on the other hand, don't take on these regular spelling patterns. Instead, their past and past participle take different forms.

Later, we'll delve into how a verb tense checker can help improve your understanding of how verbs work. First, let's consider the common verb errors in English.

What are the Common Types of Verb Errors?

The subject-verb agreement error might be one of the most common verb errors in English. Other standard errors include compound verbs and parallelismerrors, as well as irregular verbs and conjugation oddities.

A subject-verb agreement error occurs when a verb case doesn't agree with the subject of its clause.

For example, such an error can occur when there are many words between the subject and the verb. Consider the sentence: The house on the street with the canopy of shady trees aretoo expensive.

Using the word "are" causes an agreement error. The correct sentence should be: The house on the street with the canopy of shady trees istoo expensive.

Subject-verb errors can also occur when a writer loses sight of the conjunctionsthat join two or more subject nouns. This usually happens when the sentence involves (n)either and (n)or.

Conjugationrefers to how verbs are inflected or pronounced based on the subject's gender, number, mood, or person. As you may have guessed, verbsin English have rules for conjugation.

For example, the conjugated form of the verbshop is regular and steady.

However, the conjugated form of the most common word in English, "be," is far from regular and dependable. Like many other words, its base form changes based on the tense.

There are hundreds of other confusing irregular verbs like "be." One way to avoid the confusion altogether is to commit their different conjugation to memory. Alternatively, you could use a verb tense checker.

When you use two or more verbsin the same clause, they should share the same conjugation to be parallel to one another.

However, writers sometimes mix irregular verbs with regular ones, and it all gets confusing.

Although the sentence may sound correct, it contains a conjugation error. Since "had sought" is in the past perfect tense, the word "got" should be in the same tense for the verbs to be parallel.

It sounds a bit confusing, we know. Luckily for you, a verb tense checker can help you understand these verb tenses. 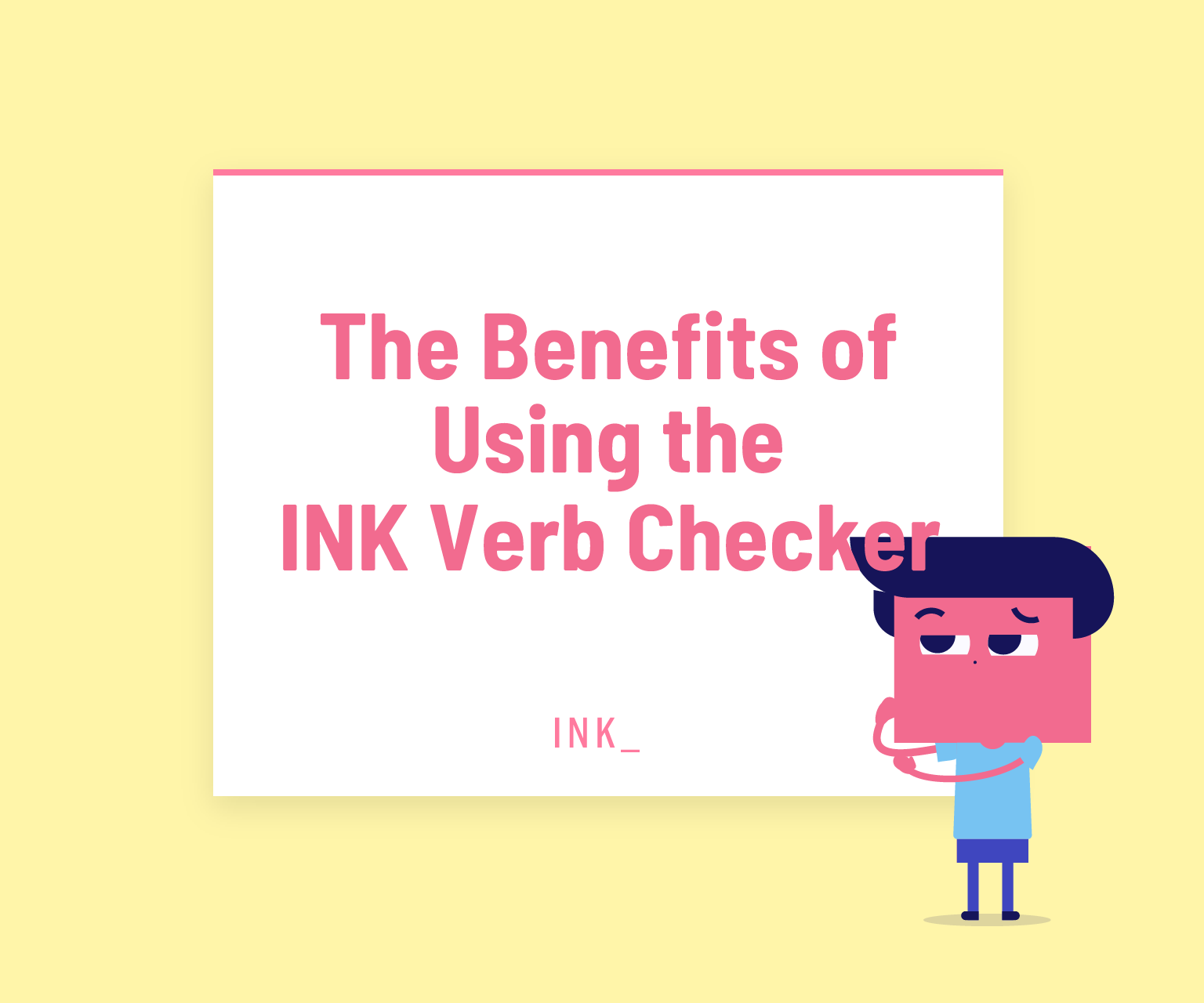 1. Identify Your Mistakes in Seconds

INK verb checker is designed to improve your writing. A human editor could spend hours proofreading to identify possible verb errors in your article or essay. Meanwhile, this verb tense checker can detect and highlight these errors immediately.

What's more, it will tell you how to correct these common verb mistakes.

If you can't afford to hire an editor or proofreader, you're in luck. This grammar checker tools can offer a similar service in record time. What's more, you don't have to pay to use it.

Even if you can afford an editor, you might not be comfortable with hiring a third-party to proofread your work, and that's fine. Let this verb tense checker do that heavy-lifting.

3. It's Good for Business

As an executive, sending an error-free text, messages, website content, or other materials to customers is an essential part of the business.

Your potential customers will judge your credibility based on your writing. As such, you need a verb tense checker to avoid common mistakes and ensure flawless writing.

INK verb checker provides a great way to understand how verbswork. This is especially true if you're not a native English speaker.

Also, writers with dyslexia or hyperactivity, burdened with the inability to concentrate on their work, can use it. The verb tense checker is a quick way to identify and correct possible verb errors in their writings.